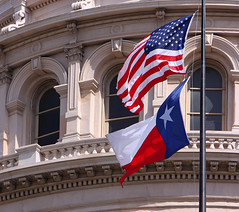 The state of Texas is famous for many things – from the Alamo to oil. However, being “women’s health friendly” certainly isn’t on the list.

A new report comes down hard on a Texas plan to ban participation by Planned Parenthood clinics in the state’s Women’s Health Program (WHP). If enacted, tens of thousands of women will go without necessary care. Planned Parenthood clinics provide the majority of care for the Texas WHP, and other community clinics don’t have the resources to take in potentially thousands of additional patients.

Researchers at the Geiger Gibson/RCHN Community Health Foundation Research Collaborative, part of George Washington University’s School of Public Health, looked at the consequences of the state’s decision and found that tens of thousands of low-income women would lose access to affordable family planning and other services, ultimately resulting in thousands of additional unplanned pregnancies.

The scenario plays like a TV soap opera. Until now, 90 percent of funding for the Women’s Health Program was paid for by the federal government. Excluding Planned Parenthood contradicts a federal policy ensuring that women have choices among health providers, so the Centers for Medicare and Medicaid Services terminated their participation in WHP. Texas said it would fund the program without federal help, and filed a lawsuit against CMS.

Meanwhile Planned Parenthood is suing the state to regain inclusion into WHP. Many clinics will be in dire circumstances if federal funding for the program is cut off. Smaller centers may have to close, and larger clinics can not realistically handle an influx of additional patients without restructuring their operations or finding other revenue sources.

To add to the confusion, a report to the state legislature by the Texas Health and Human Services Commission said WHP netted $23 million in cost-savings for the state, and avoidance of at least 8,000 unplanned births in 2011. If the state pays the entire tab, the result would be a net loss of of $5.5 to 6.5 million. If the state makes up the shortfall by cutting WHP funding, it puts serious added burden on the remaining program participants, and could ultimately mean many women do not get needed care, such as preventive care or breast and cervical cancer screenings. Additional restrictions would also be put on providers, who could not even tell women about options for terminating a pregnancy.

It’s a mystery what Governor Rick Perry is thinking by supporting this idea. This plan only serves to hurt low income women, places additional burdens on unaffiliated health clinics, and censors communication between a patient and her doctor. Researchers affirmed the important role of these clinics in the health and well being of uninsured and low-income Texas women – who will have a very tough time finding other providers to take their cases. There’s already a severe shortage of primary care physicians in the state, with only 70 for every 100,000 residents; this plan only worsens that situation.

If the courts uphold the Texas plan, researchers foresee an increased rate of teen pregnancies, repeat abortions, and unplanned births, leading to higher state costs for Medicaid services. The governor has previously insisted that he will not expand Medicaid as outlined under the Affordable Care Act – so what are low income and uninsured women to do? Perry says he can make the numbers work out, but the math seems awful fuzzy.