Recent news about several large corporations, including GE, IBM, and Time Warner — shifting retiree health benefits into new private health insurance exchanges has many wondering about the future of their own benefits. 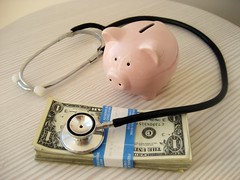 The companies say they just can’t afford to keep the status quo in the face of rising premiums and a projected wave of new beneficiaries over the next few years. However, by moving retirees into health insurance exchanges, they can better control costs while offering workers more choice.

Analysts say that younger, healthier retirees could reap cost benefits by opting for lower-premium plans – although copays would be higher. However, older retirees, many of whom are frequent users of health care, won’t not fare as well if they wind up on the hook for more out-of-pocket costs.

It really depends on what was covered under existing corporate plans and how that coverage compares with the offerings in local health exchanges. In theory, individuals will have more options to pick a plan better suited to their needs. The corporations will contribute a set amount to an employee’s health account, leaving them free to choose the plan that best fits their individual needs rather than the current “one size fits all” formula. Competition among participating plans will help control costs.

Many analysts think that Big Blue’s strategy is will benefit its retired workforce. This piece from CBS This Morning gives a pretty clear explanation of what this move means.

It’s much too early to see whether this new strategy works for either employer or retiree. If it does, experts believe that the traditional system of corporate-sponsored retiree health coverage — and perhaps for current employees as well — will go the way of nickel subway rides and 25 cents a gallon gas.